I’d never thought I could miss Diwali celebrations so much. For all these years Diwali had been just a day for me celebrated with bursting crackers and exchanging sweets; a regular phenomenon occurring every year in either October or November. When I was a kid I used to anxiously wait for Diwali season to start. Of course, Diwali meant crackers, sweets, new clothes and winter. Bursting of crackers used to start as early as from August but not for me as I wasn’t one of those rich kids who used to get pocket money everyday which was comfortably spent in buying Cock brand crackers. Since we’re a middle class family, my father used to assign a budget to D-celebrations. Crackers, sweets, new clothes, everything had a budget associated with it. Of course I was only interested in how much he had set aside for crackers; usually not much but still more than our standards – 600 bucks, exclusively for me since crackers were of least concern to my dear sister. It was amazing how he used to manage finances with little salary he used to earn at that time. Sweets meant dodas, or pinnis, or gulaab jaamuns bought not from local shops but from Bengali market and meant not just for us but for distribution among chachus, foofas, buas, bhaiyyas, neighbours, anyone he could think of. Distribution used to begin from morning – Karol Bagh first where my foofaji used to work in a small emporium in Gaffar Market, then towards South to Nanak Pura where my cousin bua and chachu lives, then back to East first Shakarpur (my cousin bhaiyya), then to Vasundhara in Ghaziabad where my two uncles live and finally to Mayur Vihar where my other uncle lives which is just few blocks from my house. That was after my two uncles split and bought their own modest one bedroom flats in Vasundhara Ghaziabad through LIC of India’semployee housing scheme. Before that they all used to live together in one flat in MV. Those times were really great. D-day meant get-togethers; lunch at our place and dinner at the other family house or vice-versa. Goat Curry, Mutter Paneer, Dahi Vade and other finger-licking stuff toasted with glasses full of Bagpiper whiskey mixed with cold water, D-day was indeed a busy day for my lovely ma. Get-togethers were preceded by exchange of crackers between me and my three cousins, the part I used to hate the most. My crackers shared with them (the division of course done by my dad) and their crackers shared with me (the Lot not as impressive as mine). So when they split, these get-togethers vanished and it added two more destinations to my dad’s distribution itinerary but everything else apart from this,remained unchanged -decorations, making rangoli with ma, helping her out in cooking, sitting restlessly with everybody for compulsory pooja and waiting for it to complete so that I could rush towards the terrace and burst crackers. Needless to say I was happier because my crackers were entirely mine. Slowly, as I grew up and entered youth, the budget increased from 600 to 800 to 1000. More rockets, multi-coloured sky shots, bigger bombs or other new stuff. No changes in sweet distribution routine, some more destinations added though. No get-togethers but finger-licking food still there prepared by ma. Although, my demand for more crackers and fashion clothing was comfortably entertained by my dad, it was becoming a yearly chore for me and I started losing interest in it. D-day? Nothing special! Celebrations? Why? Affinity towards crackers slowly turned into repulsion; obedience into rebellion. After college, I was officially a “Green Diwali” promoter. Crackers? Why waste money?! It was more for monetary reasons than for environmental ones. Most importantly, I’d lost interest in celebrations. Somewhere in between my sister got married adding one more destination to my dad’s already busy distribution itinerary. My ma continued to make finger-licking food and decorate the house but all by herself. Poojas were happening with me making a split-second guest appearance somewhere in the end. I’d changed.

While I remember all this sitting several thousand miles away from home I realise how badly I’m missing home and celebrations that I’d been considering bland for years. Am I moving towards another change in my life? An important one? My ma cried today over the phone. Will I be able to bring a smile on her face the next Diwali? 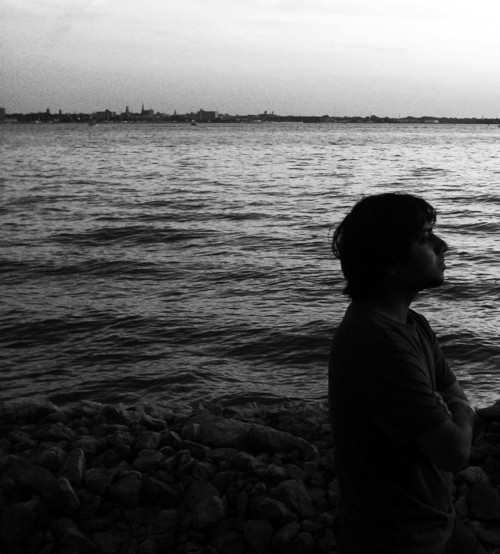