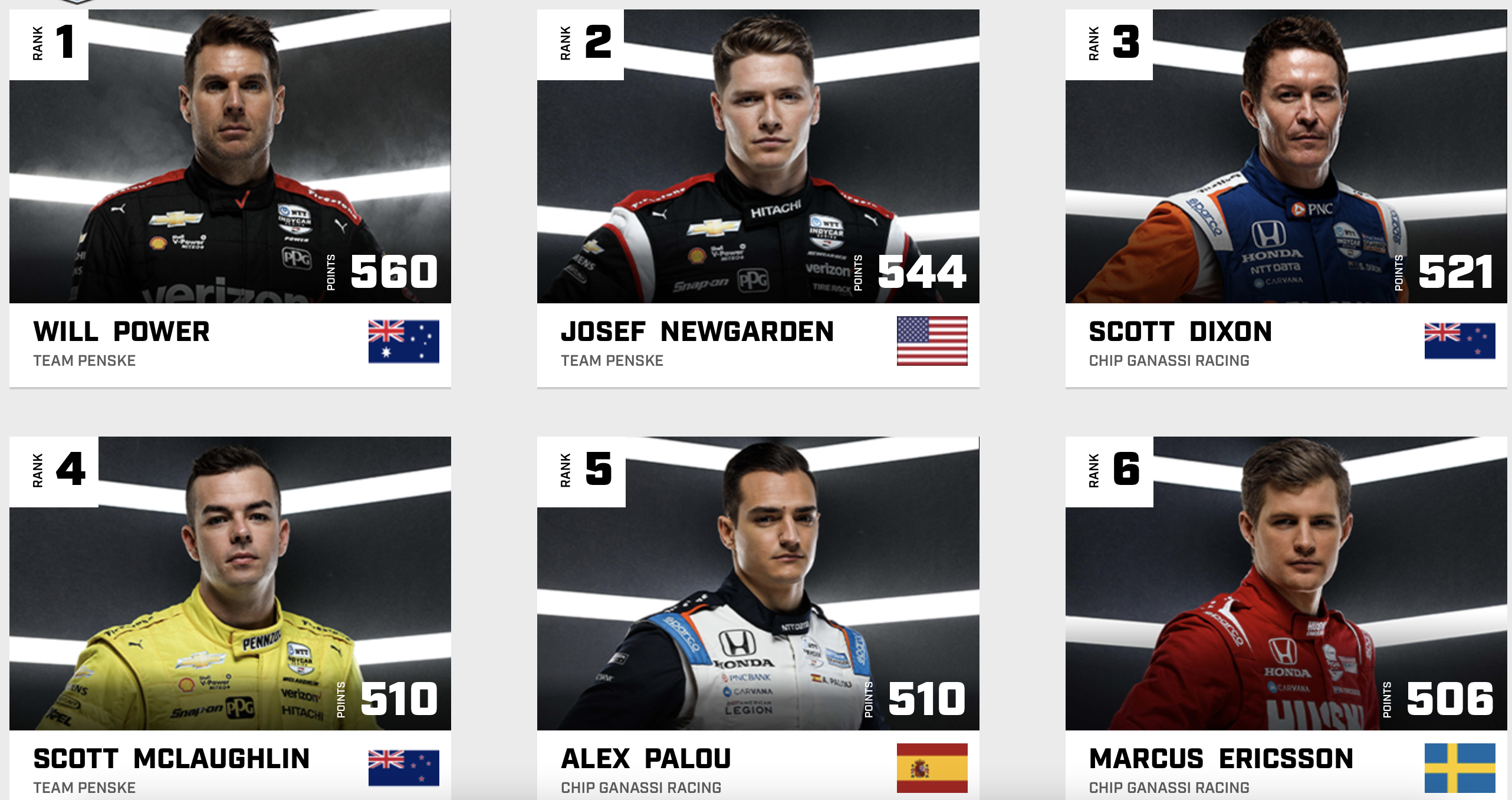 If you are like me who was still left with questions yesterday on how Will Power eventually ended up winning the 2022 IndyCar Championship, then I have some answers for you. Why is that even a question, you might ask, after all Will Power did drive superbly over the season. He did indeed, but with only 1 win out of 17 races, it rather looks quite odd, and especially that the most number of race wins is Josef Newgarden (5), and there are drivers with more wins than him (Scotty Mac, Dixon, O’Ward). But then IndyCar is more than just winning the races. And that’s what Will Power proved just yesterday. In the end the difference between #1 (Will Power), and #2 (Josef Newgarden) was a mere 16 points.

First reason of course is that how can you go wrong with a name that is “Will Power”. Kidding though, being a data guy, I wanted to dig into some numbers. Here’s what I found from data collected via IndyCar’s website:

So, how do the rest of the top 6 rank against each other, in the cumulative scores, take a look below.

In conclusion, data shows why Will Power ended up as #1 at the end of 2022 season. Of course, if you ask Will, he would say there’s one and only one reason: his lovely wife. As he humbly said during the award ceremony, that he trusted his wife, when she said, “Will, you can make it”. No wonder, behind every successful man, there’s usually a loving woman.

PS: I posted this under Leadership, which actually is intentional. Whether you’re leading people, or leading yourself, 2022 IndyCar Championship tells you how important it is to be consistent, and continue progressing towards your big vision. What you’re chasing after is a long game, give it hard work, patience and time. You will reap immense benefits.

I’m attaching my Excel workbook, if someone is interested.