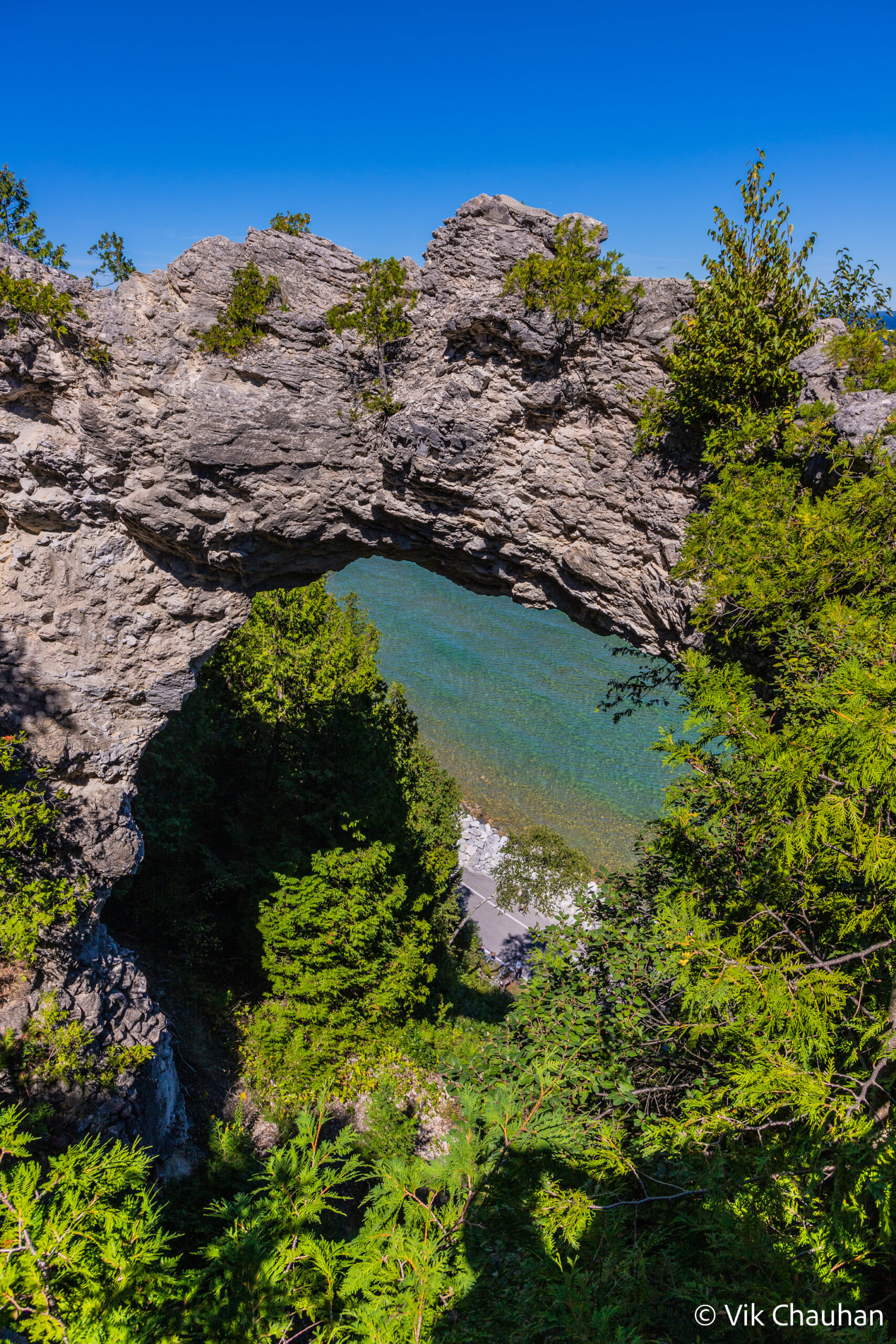 We made the trip to Mackinac Island during the Labor Day weekend. It was our first time at the Island, and we loved it.

Getting there – we boarded a ferry, and took our bicycles with us. You pay $30 per adult, and $15 per bike. Didn’t have to pay for Oliver’s ticket since he is under 4. We did StarLine as opposed to more popular Shepler’s. Also, we paid $15 for dock side parking. If you don’t do that you’ll be parking free at a farther lot, and will be shuttled to the dock. With bikes, and a toddler, it was worth paying for the dock side parking.

Why bikes – There are no motor vehicles at the island. You either walk, bike or take a horse carriage. You can rent bikes by the hour, but you will end up paying a lot of $$ for the whole day rental. Since we were driving to Mackinaw area, we decided to take our bikes with us, including Oliver’s front mounted seat. We knew were going to do shopping at the island (including buying famous fudge) so ended up installing a bike carrier to Abigail’s bike, and buying a bike bag. It turned out to be a great idea.

The morning of the ferry trip, the temperature had dropped down to 60s (Fahrenheit), and it was FREEZING. We took the upper deck, so I could click some shots. It was a BAD idea considering how cold it was. However, the pictures turned out to be amazing.

At the island, we did the 8 mile bike ride around the island. We had a lot of fun. As the day progressed, temperature went up, and it ended up being a really nice sunny day.

Along the bike way, we stopped at the Arch Rock. At the base, there are bike racks but be ready to wait if none is available. Many folks simply left their bikes on the side of the bike trail but we decided not to. Fortunately, we found a couple of free bike rack spaces fairly quickly. To get to Arch Rock, be ready to climb 207 stair steps. This is not as steep as Castle Rock though. The view from the Arch Rock is amazing. Of course, the lines for getting picture of the Rock are long.

After the bike ride, we were exhausted and ended up sitting at the nice lawn by the fort, and museum. We didn’t go to either of those. We also didn’t go to Grand Hotel. However, we definitely want to come back and see those. I did take shots of Fort but couldn’t for the Grand Hotel.

As far as shopping goes, we ended up buying souvenirs and fudge of course. Getting the bike carrier, and bag for storage was a great idea as it freed us up from carrying shopping bags. Also, we took our bike locks with us, but actually ended up not using those. In fact we left our bikes, and the mounted bike bag without locks along the side of the road while shopping. Initially, we were worried about that but found that everyone is in the same boat, and bikes were being parked along with helmets and stuff. There is a lot of trust, and there is honesty in the world.

I also captured our 8 mile bike ride on the GoPro, check it out below.